SK Telecom and Microsoft today held a press conference to announce their plans to deliver 5G-based cloud gaming in Korea.

Project xCloud is Microsoft’s game streaming technology that allows gamers to play games on mobile devices while connected to the internet. Supported by SK Telecom’s 5G network, which is marked by super-fast speed and ultra-low latency, cloud gaming services can offer a more immersive and seamless experience to gamers.

Korea has the fourth largest gaming market in the world with mobile gaming enjoying high popularity. According to the 2018 White Paper on Korean Games published by the Korea Creative Content Agency (KOCCA)* early this year, the domestic game market in 2017 was calculated to be worth KRW 13.14 trillion and the mobile game market took up 47.3 percent of the total game market.

*KOCCA is a governmental agency that oversees and coordinates the promotion of the Korean content industry.

SK Telecom will be an exclusive operating partner of Microsoft’s cloud gaming service in Korea. Based on this relationship, SK Telecom is expected to help Microsoft strengthen its position in the mobile gaming market by leveraging its world’s leading mobile infrastructure including 5G and LTE; the largest mobile subscriber base in Korea including over 1 million 5G subscribers; cutting-edge ICT such as augmented reality, virtual reality and artificial intelligence; and extensive experience in diverse streaming services.

As joint operating partners, SK Telecom and Microsoft plan to test and learn more about game streaming in the Korean market to ensure they are delivering the best experience to all the customers. To this end, the two companies will start public preview for Project xCloud in Korea in October 2019 for selected SK Telecom’s 5G/LTE subscribers.

In May 2019, SK Telecom and Microsoft signed a Memorandum of Understanding (MOU) to strengthen comprehensive cooperation in cutting-edge ICT fields such as 5G, artificial intelligence and cloud computing. Following this MOU, the two companies inked a MOU for a joint 5G-based cloud game business in June 2019.

“SK Telecom is pleased to announce this meaningful business cooperation with Microsoft,” said Ryu Young-sang, Vice President and the Head of MNO Business of SK Telecom. “We expect to take customers’ mobile gaming experience to the next level by combining SK Telecom’s 5G competitiveness and Microsoft’s strength in cloud and gaming.”

“Microsoft’s approach to game streaming combines nearly 40 years of gaming experience with investments and resources from Azure, Microsoft Research, and other business groups across the company, allowing us to reach gamers around the world,” said Phil Spencer, Executive Vice President, Gaming at Microsoft. “Partnerships, like the one we announced with SK Telecom today, are critical to continuing that trajectory and moving the gaming industry forward, starting with the incredibly engaged gamers and game studios in South Korea.” 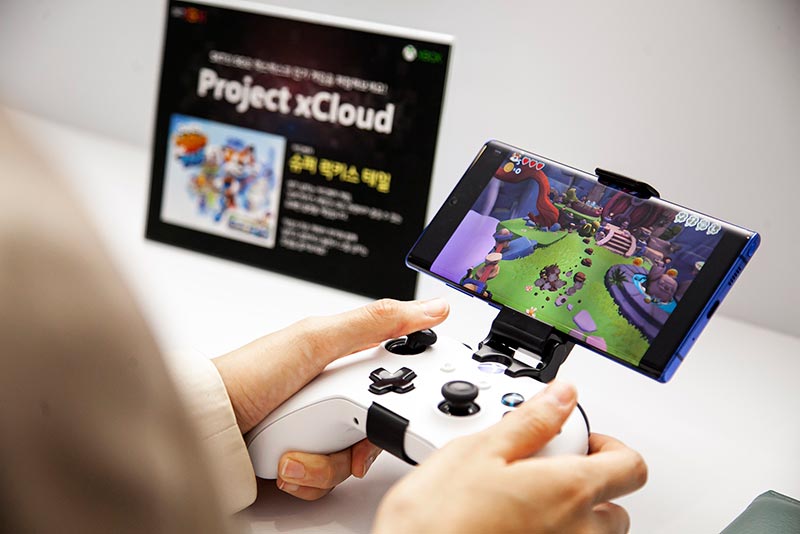 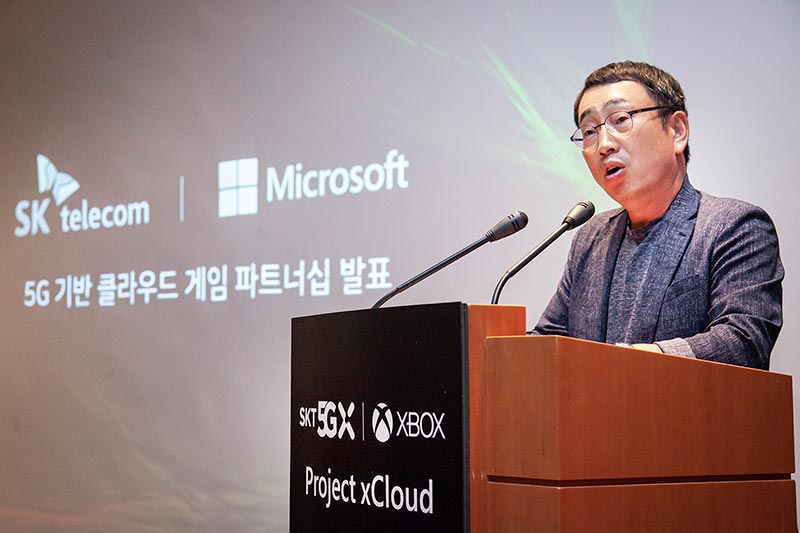